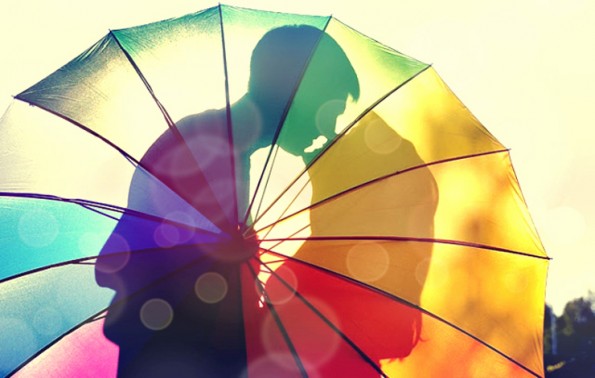 Read each of the statements and then on a scale of 1 (false) and 100 (true), indicate in the box the extent to which it is true for you . The statement below should be the opposite percentile with both adding up to 100. So, if you give yourself 75 on one part of the question, you would score 25 on the other, to make up 100, and similarly for all questions e.g. 60 for one, 40 for the other, etc.
The descriptions are sometimes extreme, so you don’t have to identify with the whole description, just the general thrust.

On the last page, you will have the opportunity to calculate the total scores to determine your sexual personality. Having a calculator at hand will be helpful.

You have already completed the quiz before. Hence you can not start it again.

You must first complete the following:

Quiz complete. Results are being recorded.

THE PHYSICAL/EMOTIONAL DYNAMIC:
So now you have some idea of approximately where you might be on the scale, bearing in mind, of course, that you will have identified with some things more than others. And, it is only approximate, anyway. See if you recognize the following dynamics that typically occur when there are two people at the extreme ends of the opposite personality type who come into relationship.

As you might imagine, initially the two opposites attract. A high physical will attract a high emotional and vice versa.

At a party, a high physical male will make a beeline for the retiring little emotional who is in the corner clutching her drink and looking shy and embarrassed. He desperately wants to rescue her and ‘bring her out. She is initially turned off by him because he’s so pushy, but eventually succumbs to his irresistible charm and his ‘take charge’ attitude.

Communication seems to flow easily between them as well. That’s because the physical speaks inferentially to the emotional who easily picks up on subtle implications of what is being said.

Conversely, the emotional speaks directly to the physical who likes direct communication; not inferences. The emotional says little but is a good listener, whereas the physical loves to dominate the conversation and is more than happy to have someone who will just listen. It seems like a match made in heaven.

Not only does the communication seem great, but during the honeymoon period, which lasts about six months, the emotional tends to act just like a physical in bed. So, they have plenty of sex. Everything seems wonderful and the physical is convinced he or she has found a soul mate.

However, at around six months, each one begins to revert to their natural type. As the chemistry that enabled them to let down their defenses for a while begins to fade, so their defenses re-emerge and their primary behavior comes to the fore again.

Consequently, emotionals begin withdrawing emotionally and wanting less sex. Their fear of intimacy and their tendency to avoid it returns. They begin focusing on things that interest them besides the relationship, such as their work or their hobby.

This drives the physical crazy because he or she interprets the emotional’s behavior as implicit rejection and an indication of their partner falling out of love. That makes him or her even more demanding of love, sex and physical affection, which in turn makes the emotional withdraw even more.

Once both fear responses have kicked in, the situation goes from bad to worse and the relationship is virtually irretrievable. If they stay together it will be the emotional who will control the relationship. That’s because the physical will sell a large chunk of himself or herself in order to get whatever sex or physical affection the emotional is willing to give.

That’s why a lot of strong-looking physical males are controlled by weaker looking wives. A woman who knows how to manipulate that fear of rejection owns him.

Now, you might imagine that the ideal arrangement would be two of the same together. This is not so. Two physicals together would be in competition with each other and would act like a couple of divas. They would talk at each other in inferences with neither one of them picking up on them. They would be talking over each other and always seeing rejection in every utterance. It would be an intensely sexual liaison but their jealousy and possessiveness would create terrible problems. They would always being fighting. Elizabeth Taylor and Richard Burton were good examples of this, and look what happened to them.

Two emotionals together, on the other hand, would soon get very bored with each other. Sex would be virtually nonexistent and their communications minimal. Their best chance at survival would be if they were both to work together. Otherwise, they would be out looking for an affair just to relieve the boredom.

Concluding this discussion on the sexual personality, a word of caution, if I may. Remember, these are the extremes. Most of us are either predominantly physical or emotional, but have enough of the other to balance it out to a greater or lesser degree. And perhaps, more importantly, to be able to understand your partner and realize that his or her behavior is normal for them.

However, if you pay close attention to the behavior of your partner in this area and recognize that the kind of behavior that might have driven you crazy and pushed all of your buttons before you knew of this dichotomy, is absolutely normal for him or her, you will become far more tolerant and understanding of your partner. And, you won’t take it personally like you did before. It will improve your relationship immeasurably. Believe me.

This is also essential in terms of coming to understanding yourself and what is normal for you. You may well have been judging yourself for not being more like your partner in terms of sexual appetite, family priorities and so on. If so, it will come to a great relief to you to know that you are normal. Coming to know yourself better will help you create your boundaries and establish your values; this being the subject of the next module.

Knowing what is normal behavior for each of you, will enable you to discuss values and boundaries in a rational and knowledgeable manner and be able to negotiate or re-negotiate the parameters of your relationships going forward without getting upset with each other.

Previous Lesson
Back to Program
Next Lesson